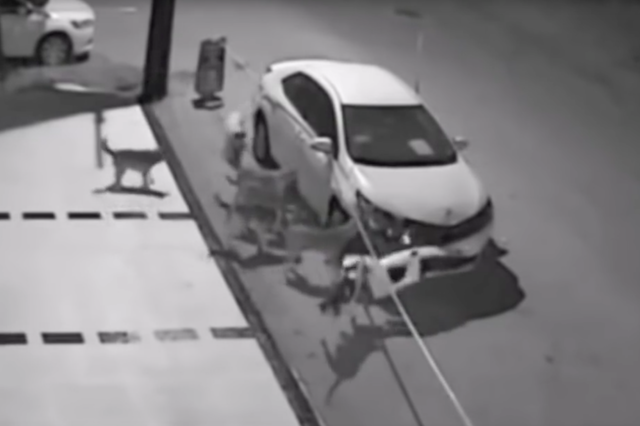 This is the moment that a car being ripped apart by dogs was captured on camera.

The footage from Turkey shows a group of several dogs chasing a cat before cutting to them surrounding a parked white Kia hatchback.

As they attempt to get at the cat, they begin to destroy the car.

One particular dog starts to bite at the front bumper until it begins to rip it off the car.

Eventually the entire front end of the car is torn off and as the bumper and grille are violently moved out of the way, all of the dogs piles under the bonnet, desperately trying to get under the vehicle.

It is not known what happened to the cat, but it does not seem to appear in the video.

Lots of comments have been made on the video, with one person commenting: "Proof yet again that cats are smarter than dogs."