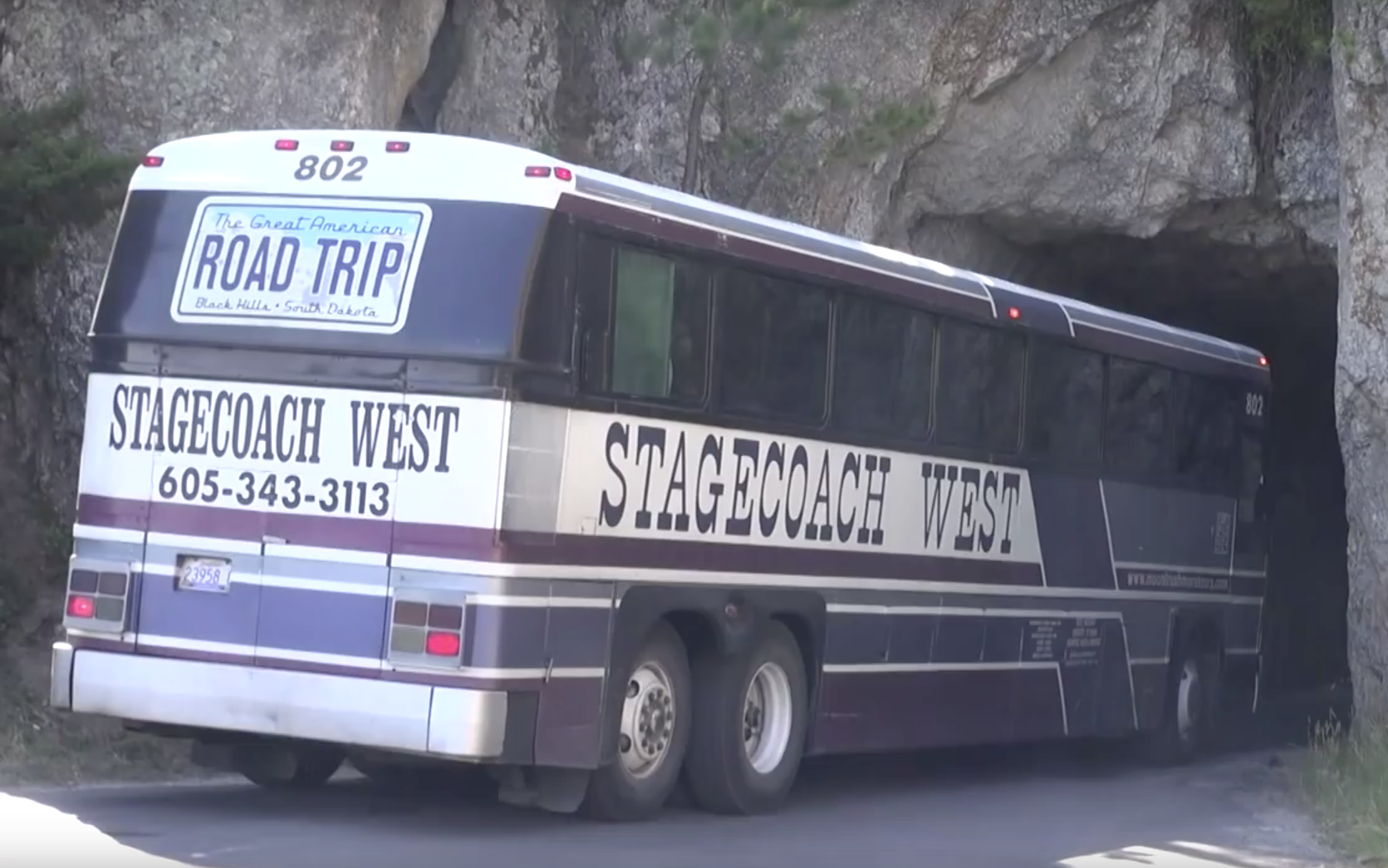 A video has re-emerged online of a student bus driver managing to expertly navigate an 8ft-wide tunnel while driving a tourist coach.

Originally uploaded to YouTube in 2012, the video shows the coach driver squeezing through the Needles Eye Tunnel in South Dakota, which is only 8ft 4in wide and 12ft high.

Although the Stagecoach West vehicle looks like it would not fit in the space, the driver's confidence prevails and he slowly works his way through the landmark in Custer State Park.

After roughly three minutes slowly edging his way through, the coach and driver makes it out the other side without the bus receiving any noticeable damage.

One commenter on YouTube wrote: "Now that's crazy! Why didn't someone take a few extra weekends and a few extra pickaxes to chip away another 2ft on each side?"

The tunnel is part of Highway 87 that runs through the park and is nicknamed 'Needles Highway' because of the tunnel.

The video has received more than 11 million views on YouTube.