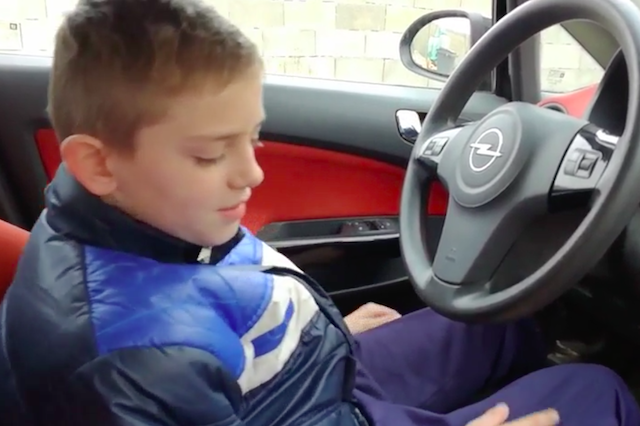 A twelve-year-old has crashed a car into a house during a private driving lesson.

Filmed by his passenger, the boy is shown turning the ignition on before reversing the car slowly out of the driveway.

With the occasional nervous glance to the camera, the boy turns to look over his shoulder, checks his mirrors and feeds the wheel through his hands before coming to a stop.

Dwarfed by the sporty red interior, he then begins to slowly drive the Opel back on to the property, before losing control and speeding into the front room of the house.

A woman can be heard shouting as the cameraman leaps out of the car to inspect the damage.

Although it is likely the house and the car took some damage, it's a relatively light hit and there are no signs of injury.