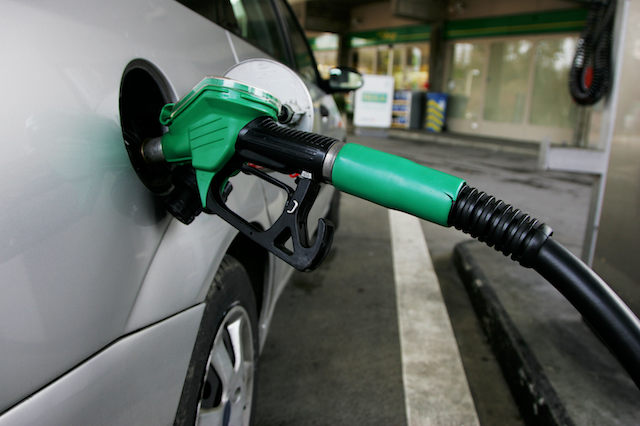 Supermarket chain Morrisons was among the first of the UK's 'Big Four' to announce that it was to reduce the cost of both petrol and diesel earlier in the week.

It slashed 2p from the price of a litre of diesel and dropped a penny from a litre of petrol as it passed on savings resulting in a drop in price of oil and a jump in value of the pound to customers.

Rivals Tescos and Sainsbury's followed suit yesterday and matched Morrisons' prices, with Asda staying firm, claiming it was already cheaper than its rivals.

The savings equate to a £1.10 reduction on the cost of a tank of diesel in a typical family car, and 55p on a tank of unleaded.

Experts say the cuts have come at a good time, as analysis from the RAC revealed that the average pump prices for unleaded and diesel both increased by more than 1p per litre across forecourts last month. Unleaded rose to £1.19 per litre, while diesel reached £1.21.

According to the RAC, the recent price drop was "long overdue", with RAC spokesperson Simon Williams telling The Mirror that supermarkets could go further.

He said: "It would be good if retailers surprised motorists with a bullish 3p a litre cut.

"Motorists need to be able to trust retailers to be transparent when they are benefitting from significant savings in the wholesale price."

Roger Fogg, services director at Morrisons, which was the first supermarket to announce a price cut, told The Daily Mail: "We are again bringing prices down quickly and we hope that this move will help motorists' budgets stretch a little further."

Commenting on why Asda decided not to reduce its price of fuel, a spokesperson told The Sun: "Asda consistently offers drivers the lowest fuel prices nationwide week in week out and our current national price cap is 113.7ppl on unleaded and 115.7ppl on diesel."

Money saving experts claim that motorists can save money on their monthly fuel bills using websites such as PetrolPrices.com and download apps like WhatGas Petrol Prices to locate the cheapest fuel prices in the area.