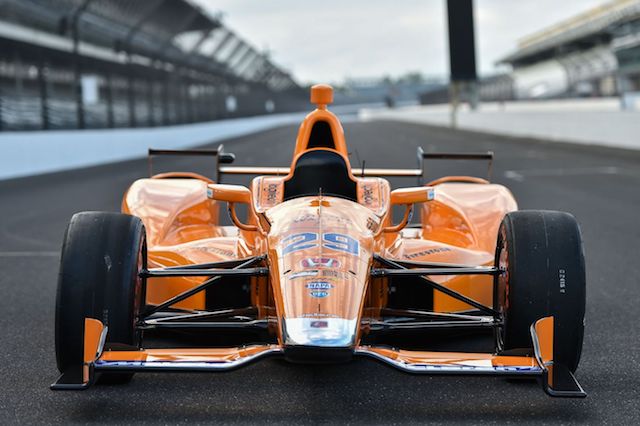 Fernando Alonso has completed his rookie orientation at Indianapolis as he gears up to compete in the Indy 500.

The McLaren F1 driver will miss the prestigious Monaco Grand Prix in order to race at Indianapolis Motor Speedway, with Jenson Button stepping out of retirement to compete in his place at Monaco.

Alonso completed the compulsory rookie testing yesterday, which all first-time Indianapolis racers have to complete – regardless of their skill or prior accomplishments.

Alonso has also confirmed that he has his sights set on becoming the second driver in history to complete motorsport's Triple Crown – which is made up of a win at Le Mans, as well as the Monaco Grand Prix and the Indy 500. So far, Graham Hill is the only person who has achieved this feat.

Alonso told Top Gear Magazine: "It's one of my ambitions to win the Triple Crown, which has been achieved by only one driver in the history of motorsport: Graham Hill. It's a tough challenge, but I'm up for it. I don't know when I'm going to race at Le Mans, but one day I intend to. I'm only 35: I've got plenty of time for that.

"I've never raced an IndyCar car before, and neither have I ever driven on a super-speedway, but I'm confident that I'll get to grips with it fast. I've watched a lot of IndyCar action on TV and online, and it's clear that great precision is required to race in close proximity with other cars on the far side of 220mph."

Alonso will be competing at the Indy 500 in a Honda-powered McLaren IndyCar on behalf of Andretti Autosport. The race takes place on May 28.