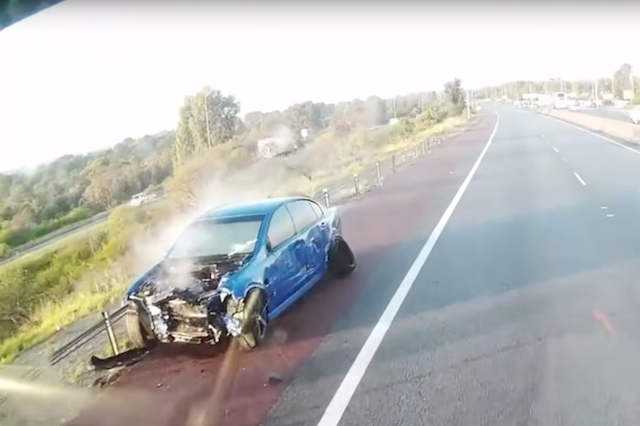 This is the shocking moment a Holden Commodore loses control and clips a truck before spinning out and crashing into a motorway barrier.

In a scene that looks as though it could have been taken straight from the Fast and the Furious franchise, the Commodore begins to disintegrate as soon as it come into contact with the barrier, sending debris flying into the road.

The crash was recorded in Perth, Western Australia last year, but has only just surfaced recently.

According to the trucker who recorded the footage, the driver of the blue saloon had been driving irresponsibly for some time.

He said: "Witnesses said he was waving in and out of traffic for a while...he was undertaking everyone and then when he came to overtake me, he got sideways and smashed into my front steerer and bullbar."

It's unclear whether or not any one was seriously injured in the crash.

Watch the full video below, but be warned it does contain some coarse language.