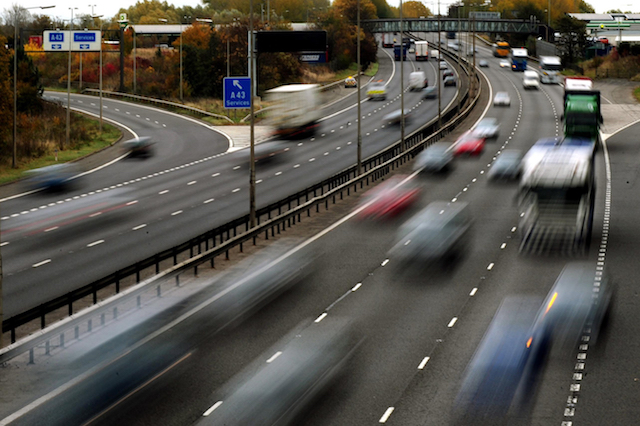 Supermarkets, sports teams and technology giants should sponsor major roads around the UK, the president of the AA has said.

Edmund King claims that giving companies the chance to attach their names to road networks would help to fight traffic jams and bring down the cost of fuel.

Advertising on motorways such as the Adidas A1, Man United M6 and Microsoft M4 could see fuel duty fall from 58p per litre to 47p within five years, and bring in £3 billion in investment that could be used to fix pot holes, King claims.

The concept, named Road Miles, was devised by King and his wife Dierdre, a business analyst, and has been shortlisted for the £250,000 Wolfson economics prize to reduce gridlock.

Under the scheme, drivers would be granted at least 3,000 free miles on sponsored roads while charges would be applied for greater distances.

In the first year, motorists would pay less than 1p per mile, while the disabled and those living in rural areas would qualify for concessions.

He added: "Drivers fed up with cones, congestion and chaos will be compensated for delays and have a say in how roads are run."

However, he admitted that it was "unlikely" that the M6 would be renamed after the Manchester football team, as it would likely prove unpopular with fans from rival clubs.

The prize will be awarded in July. Its founder Lord Wolfson, chief executive of clothing chain Next, said the entrants were "inspiring".