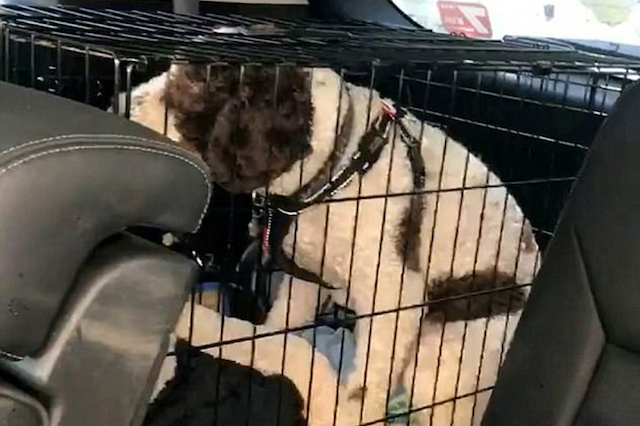 A kind-hearted animal lover came to the aid of an overheating dog trapped in a hot car, smashing a window to give it some respite.

Clive Oxley, 49, noticed the springer spaniel sitting in a cage in the back of a tourist's Kia 4x4 that was parked in St Ives, Cornwall.

After seeing that it was panting heavily and struggling to breath, Oxley – who runs a property maintenance business – smashed the car's rear window to allow some fresh air to enter the cabin.

The dog's owner soon returned, and screamed when she saw police by her car. She had left the dog for an hour and a half while she ate at Pizza Express.

Oxley told the Daily Mail: "There is no reason at all to leave a dog in that state. But for something as insignificant as going for a pizza is unbelievable.

"The woman came back and started screaming at me. She said she'd just been to Pizza Express. By the time she got there the police were there too.

"She was a holidaymaker and was really embarrassed. She claimed she'd only gone for an hour and a half. Inside it was estimated to be 52°C."

Oxley believed the dog wouldn't have lasted much longer in the car, and urged anyone who witnessed a similar situation to take the same course of action he did.

Devon and Cornwall Police said that people had the right to break into a car to free an animal they believed to be in distress.