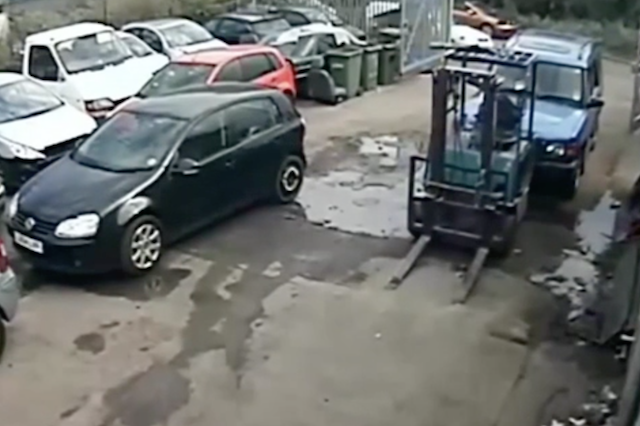 An NHS nurse involved in a £750,000 crash-for-cash scheme has been struck off from the profession for a year

Nicola Bartlett, 50, of Bargoed near Caerphilly, received a £16,764 insurance payout after she claimed she suffered injuries in a "crash".

However, her claim was part of a major fraud scheme that was being run out of Easifix garage in Newport, south Wales, which saw employees stage 28 crashes to help 81 people collect pay-outs totalling £750,000 between 2009 and 2011.

Bartlett was sacked from her job at Ystrad Fawr Hospital in Hengoed after she was tried in court over her part in what was the largest car insurance fraud in the UK. She had initially claimed in 2010 that another motorist had crashed into her car in Newport, writing the vehicle off and injuring both her and her brother.

She was found guilty of conspiracy to defraud at Cardiff Crown Court in December 2015, and received a nine-month sentence, suspended for two years. She was also ordered to repay £1,350 and complete 250 hours of community service.

Hospital bosses sacked her for bringing the nursing profession into disrepute. She has since been working as a care support worker at a private nursing home.

A professional misconduct hearing in Cardiff this month was told Bartlett planned on returning to the profession when her suspended prison term ends in January 2018. However, being struck off means she won't be able to work as a registered nurse before May 2018.

The Daily Mail reported Bartlett wrote a letter to the Nursing and Midwifery Council, in which she stated: "I am fully aware and conscious of the seriousness a conviction has on the nursing profession.

"I am ashamed of the conviction before me which will stay on my record forever. Any future employer will know about this and I will need to explain myself."

The fraud scheme was exposed when CCTV footage from the garage showing employees deliberately crashing a Land Rover Discovery into a forklift surfaced.

Following a four-year probe, a total of 81 people were sentenced over the scam, including the two owners of Easifix, who were each jailed for six years after being found guilty of conspiracy to defraud.

Watch the CCTV footage below.