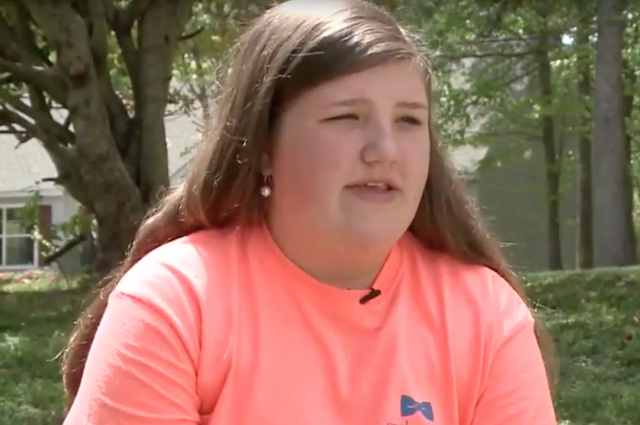 A 12-year-old girl has been praised after she stopped a carjacker taking her family's van.

Maddie Weiler and her seven-year-old sister Mollie were being driven by their mother to Busch Gardens theme park in Williamsburg, Virginia, when the incident happened.

The family had witnessed an accident ahead and pulled over to help.

However, when Maddie's mother Brandie stopped and got out, the male driver of the vehicle that caused the accident leapt into the van.

Without hesitation, young Maddie, who has police officers in her family, knew that if she put the automatic van into drive the man couldn't start the van. She then began to repeatedly punch the carjacker - so hard in fact that she fractured her arm.

The man was identified as Paul Salsman and arrested at the scene and charged with carjacking, hit-and-run and driving under the influence.

Click on the video below to hear about the terrifying incident in the family's own words.