Watch as Tesla Model S holds its own with drag racers 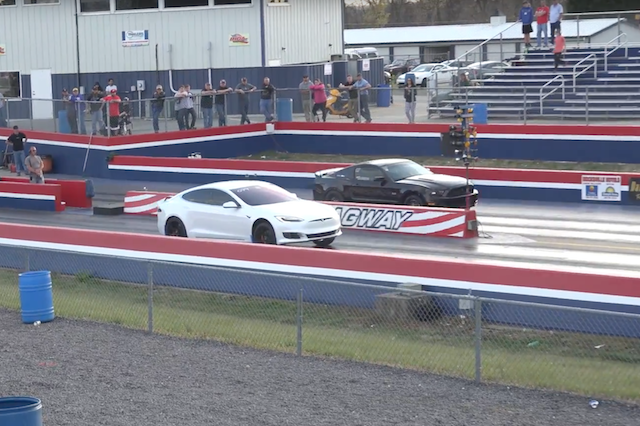 The Tesla Model S P100D is among the fastest-accelerating production cars in the world, managing 0-60mph in 2.5 seconds, but this video from America proves just how rapid it is.

Rather than pitching its wits against Ferraris and Lamborghinis, this intrepid owner has decided to put the Model S up against some modified drag racers.
The vehicles competing at the Farmington Dragway in North Carolina may not always look like much, but they manage to sprint the length of the 220-yard drag strip in around seven seconds.

The Tesla, though, more than holds its own, managing the run in around 6.7 seconds and topping out at more than 100mph.

Equally impressive is the footage from the cameras mounted on the top of the car, which show the incredible way the Tesla accelerates.

According to the video's description, the car has been lightened, as can be seen by the lack of headlining on the B-pillar in the in-car shots, but the driver didn't use launch control, which would have made the car even faster.