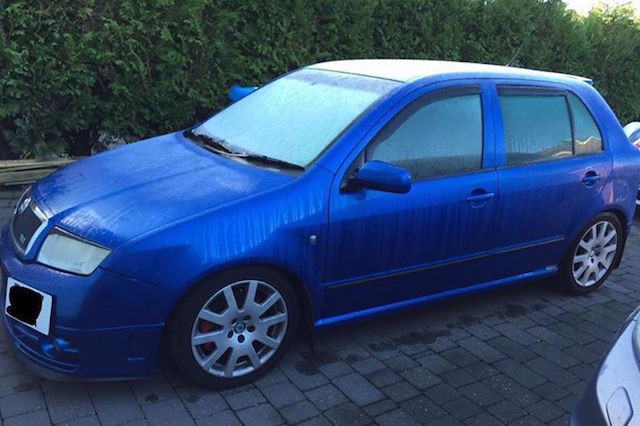 A mother has used the classified advert for her ex-husband's hot hatchback as a platform for poking fun at him.

According to The Sun, Lauren Mason divorced the car's former owner 18 months ago, and is now looking for £4,000 in return for the modified 2007 Skoda Fabia vRS.
The sharply worded advert says the "annoying boy racer car" is in such good condition because it's "the only thing my ex-husband cared about".

Mason says the modifications, which include an engine re-map, hybrid turbo and lowered suspension, were "probably done by him as an extension of where he lacked in other areas".

The 125,000-mile, 1.9-litre diesel Fabia has been fitted with a straight-through exhaust, and the advert claims the car is "loud".

Mason said: "If you have a job with antisocial hours then I hope you have understanding neighbours."

Other drawbacks to the special-edition car include a hole in the driver's seat, which Mason claims was "probably from where his backside rubbed the seat constantly with his jigging up and down for 'go-faster speed'".

However, Mason said the only parts requiring a revamp were the alloy wheels "as parking wasn't his strong point".

Mason told The Sun: "He wanted to modify it so I let him. He used to spend hours tinkering with it in the garage and it kept him quiet so I was happy.

"But now he has gone and I'm stuck with the thing outside the house. I'm not a woman scorned but I am angry.

"I want the monstrosity off the drive. It will help me to move on with my life.

"I'm hoping the funny ad will finally arouse some interest and help flog it. I wrote a few jokey words from the heart and I can't believe the response it's got from all over the country."

Mother pokes fun at ex with jokey classified ad
Up Next