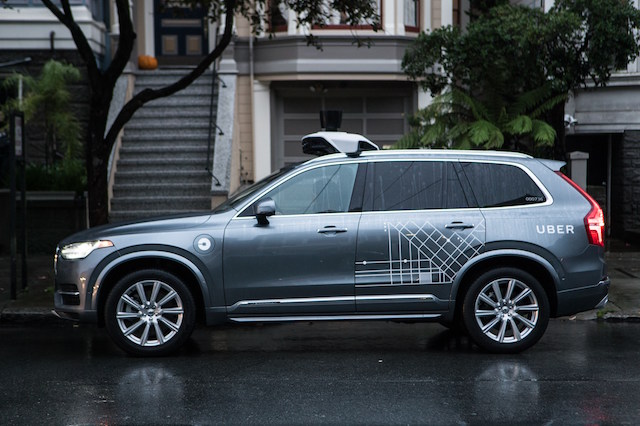 Uber has removed all its self-driving cars from the roads after one of its autonomous Volvos was involved in a crash.

According to the BBC, the SUV ended up on its side after being involved in a collision with another vehicle in Arizona.
Uber confirmed to the BBC that the vehicle was in self-driving mode at the time of the accident but no one was injured.

A spokeswoman for the local police in Tempe, Arizona, told the broadcaster that the other vehicle "failed to yield" for the Uber car.

"There was a person behind the wheel. It is uncertain at this time if they were controlling the vehicle at the time of the collision," spokeswoman Josie Montenegro said.

Although Uber's autonomous cars always have a driver who can take over the controls in the event of something going wrong, it seems this measure failed to prevent the accident.

Following the crash, the BBC reported that Uber had taken its autonomous trial vehicles off the road in Arizona, Pennsylvania and California – the three states where the test was taking place.

The self-driving Volvos have been on trial with Uber for some time now, with the pilot scheme first launched in San Francisco in December. The two companies are working together to develop fully autonomous vehicles.

The news comes after a number of scandals surrounding the taxi company and the departure of its president, Jeff Jones, who quit last week after just six months in the job
Tags
Read Full Story Click here to comment