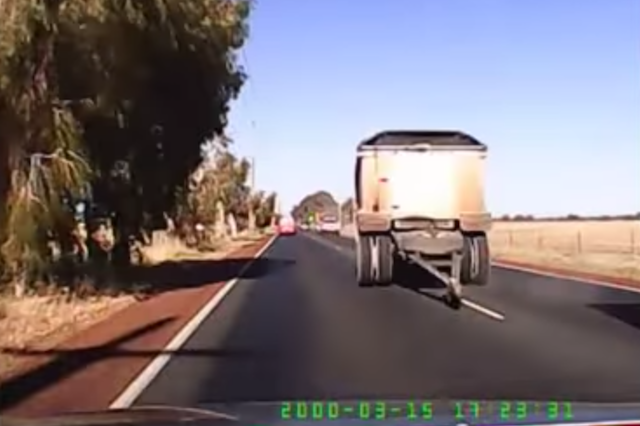 This is the bone-chilling moment a motorist narrowly avoided what could have been a fatal head-on collision with a runaway truck trailer.

Dashcam footage, recorded in Bennett Springs in Western Australia and uploaded to YouTube on March 13, shows the massive trailer suddenly coming away from the truck that was towing it and careering across the road into the opposite lane.
Thankfully, the driver of the car that recorded the footage seemed to have a clear view of the road ahead and was able to swerve out of the rogue trailer's way in the nick of time.

Usually, trailers are fitted with an emergency braking function that engages in the event of a separation. However, it is unclear from the footage whether such a system was in place on this occasion, and even if there was, it wouldn't have stopped the trailer if the car hadn't managed to get out of the way in time.

It is unclear whether anyone was hurt in the incident.