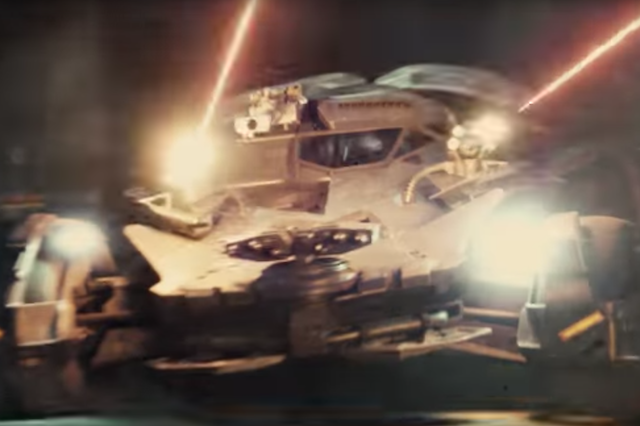 Superhero fans have been given their first glimpse of the new Batmobile in a teaser trailer for the upcoming Justice League film.

The 15-second video shows Batman, played by Ben Affleck, behind the wheel of the iconic vehicle. It can be seen power-sliding while firing its heavy machine guns at some sort of flying adversary.
A full-length trailer for the film, directed by Zack Snyder, will be released on Saturday and will possibly give an even better look at the iconic superhero's preferred mode of transport.

No plot details are known as yet, although it will see some of DC Comics' most iconic characters appear together on the big screen, including Superman, Wonder Woman, Aquaman, The Flash and, of course, Batman.

Justice League is set to arrive in cinemas on November 17.