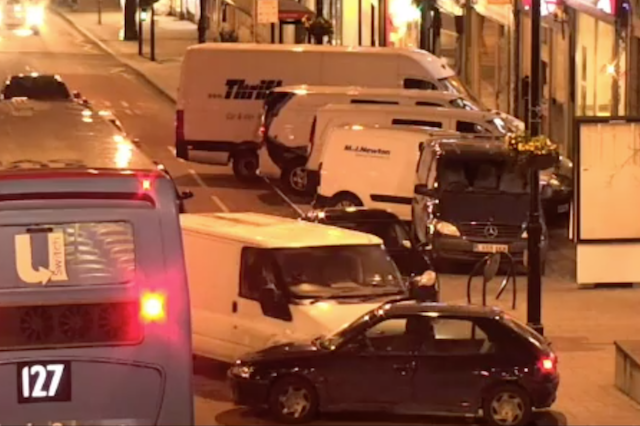 The video, which was released by police in Surrey, was recorded on February 23 and also shows the van nearly driving into oncoming traffic.
At the beginning of the video, a man can be seen filling the van at a petrol station in Cheam Road, Sutton, before taking off without paying.

He then speeds down busy roads, nearly swerving into oncoming traffic on a number of occasions.

After coming across a car performing a U-turn in Woodcote Road, Wallington, the van rams the driver's door 13 times, with some of the hits causing the car's wheels to lift off the ground.

The driver of the small Peugeot hatchback can be seen trying to open the door to get out of the car, but the van driver quickly rams it shut, trapping the motorist in the vehicle.

The van then drives around the Peugeot and reverses into it three times before speeding away.

Sutton Police are appealing for anyone with information to call 101 and quote the reference URN 237126.