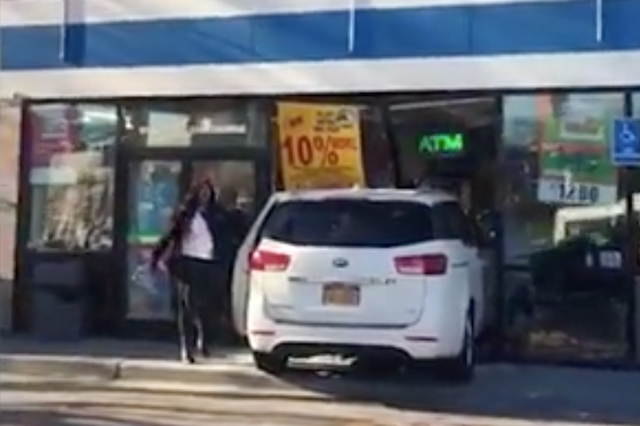 A woman who crashed her car into a petrol station convenience store flew into a rage after she noticed bystanders filming her.

The video shows the woman, thought to be in her 20s or 30s, hurling abuse at two men who were filming the accident aftermath.
She then rushes at them before chasing one of them off down the street.

While the footage didn't capture the crash itself, it does show what looks to be a white Kia SUV embedded in the front of the New York shop.

It's unclear if anyone was injured in the accident, although based on the reactions of the woman and the witnesses at the scene, it wouldn't appear to be the case.

Footage of the incident was uploaded to YouTube on Tuesday.

Watch the video in full below, but be advised that it does contain coarse language.