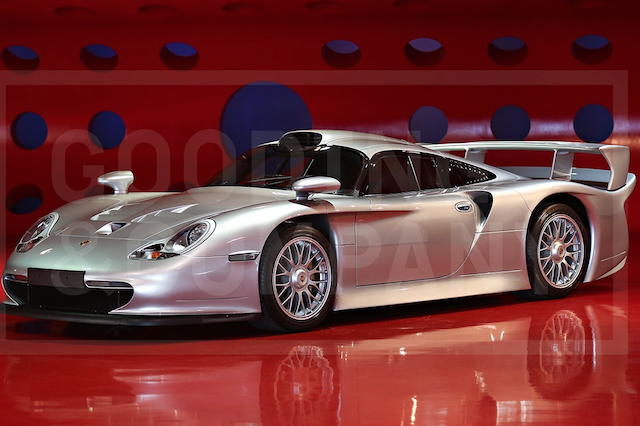 A super-rare Porsche 911 GT1 Strassenversion has sold at auction for more than £4.6 million.

The car – one of just 20 made to meet homologation requirements for the 1997 Le Mans 24-hour endurance race – was sold at Gooding & Company's Amelia Island auction in Florida on March 10.
Underneath its dramatic aerodynamic bodywork, the GT1 uses a 3.2-litre water-cooled flat-six engine with 536bhp. That enables a 0-60mph time of 3.7 seconds and a top speed of 191mph.

Those figures aren't especially ground-breaking in a world of hybrid hypercars and sub-three-second 0-60mph times, but 20 years ago that was mightily impressive.

The car sold at Amelia Island was chassis number 005, and is believed to be the second example built by Porsche.

It was originally delivered to Munich, Germany, where it covered a total of 4,400km (2734 miles) and was "not used for any sort of motorsport", before being sold to car collector Don Wallace, in Florida, where it remained until 2009. The car returned to Germany for a time, before crossing the Atlantic again for a meticulous detail.