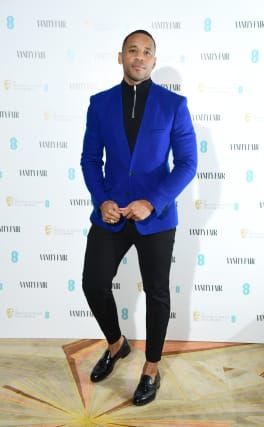 Reggie Yates has said he hopes to “ask questions” rather than “point the finger” with his new film about a young man who finds fame on reality television.

The broadcaster said he interviewed reality show contestants and producers to prepare for writing Make Me Famous on BBC Three.

He said: “Everyone was incredibly open about their experiences on camera and what their lives were like afterwards.

“Thanks to their honesty I was able to build characters that reflected elements of their experience.

“I also took t he time to talk to my younger siblings, cousins and friends who really engage with reality TV. I’m hoping we’ve achieved a nuanced, respectful and complicated version of what it means to be in that world.”

Yates said his central character Billy “has a place close to my heart”, adding: “I’ve spent my whole career working in television and seen everything it has to offer the best of it, the worst of it, how much it can be a force for good, and the way it changes lives.

“Reality TV is loved by those in it and those who watch it, but there are issues that come with that and this felt like an opportunity to tell a story which explores the relationship between reality TV, social media and fame.

“It’s been a year in the making but it’s great to finally share this film with the BBC Three audience, who I feel have grown up alongside me. Now, more than ever, it feels like this story needs to be told.”

He continued: “We’re not pointing the finger. We’re asking questions.”

Grantchester actor Tom Brittney, who plays the central character, Billy, said: “I think the biggest takeaway for audiences would be to give them a bit more compassion towards people on TV.

“It’s easy to see them just as what they present themselves to be on social media. If someone’s rich and famous, it’s a misconception to think they don’t have problems. It’s not that simple.

“That’s why I love this film. We do show the fun parts, the parts where you could think why would he be sad about this? But we also show the other side.”

Make Me Famous will be available to stream on BBC iPlayer from 6am on June 17.