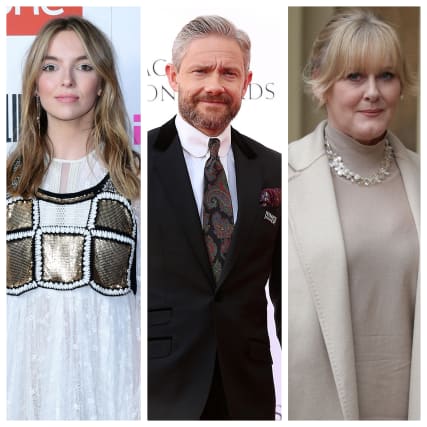 The contained nature of the monologues meant they could be filmed while following safe working practises during the coronavirus outbreak, using existing sets at BBC Elstree Studios.

Comer can be seen seated on the edge of a bed in a white blouse and large pearl earrings for her delivery of 1988’s Her Big Chance.

Freeman also perches on the edge of a bed, this time covered in a green bedspread, for his delivery of A Chip In The Sugar, while Lancashire sits at a kitchen table next to a pot of coffee for new work An Ordinary Woman.

The monologues won two Baftas, an RTS award and have also since been included on the A-level and GCSE English Literature syllabus.

The other new work, called The Shrine, will be performed by Dolan, in which she is also seated at a kitchen table.

Talking Heads will air on BBC One with a double-bill from 9pm on June 23.

All 12 films will be available to stream on BBC iPlayer from the same date, with the series continuing on BBC One across the following weeks.