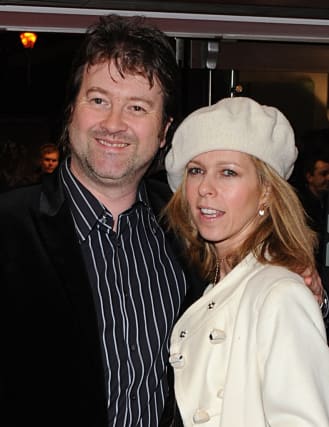 Derek Draper, 52, has been in hospital for 10 weeks battling Covid-19, with his TV presenter wife recently revealing she had been warned by doctors he may never fully recover.

Last week, Garraway said the illness had “wreaked extraordinary damage” on Mr Draper, who is a former lobbyist and political adviser.

Lord Mandelson, who served as a minister in Labour governments under Mr Blair and Mr Brown, said: “The whole experience, the whole dreadful, tragic experience of what’s happened to him has actually brought an enormous lot of people, who knew him in the 90s and beyond, who knew him in New Labour and the government.

“It’s brought an enormous lot of people back together again.”

He added: “He’s been a hugely unifying figure, ironically, through this terrible, terrible tragedy.

“Both Tony Blair and Gordon Brown have sent him recorded messages, as have done the rest of us.

“We’re now giving him music, we’re giving him photographs in order to stimulate a response, we’ve all come together, and we just hope, and pray, he will come through it.”

Mr Draper was taken to hospital on March 29 after struggling to breathe, with doctors eventually putting him in an induced coma on April 5.

He is now testing negative for Covid-19, his wife said last week.

The couple’s children, Darcey, 14, and 10-year-old Billy, have been unable to visit him due to the infection risk.

Lord Mandelson lamented the “tragic” impact of the “extreme case” of the virus on Mr Draper, who he said had played a “huge role” in his political career.

“In a sense Derek played a huge role in launching me on my parliamentary and frontline career, and so I have lived this last 10 weeks and more day by day, with Kate and her wonderful children,” he said.

Lord Mandelson added: “It is just incredible what that virus has done to him, to his lungs, to his liver, to his kidneys, and there were many, many points along this journey when none of us thought that he could possibly make it.”

Why is the name 'Karen' being used as an insult?

Intelligent dog can communicate with her family