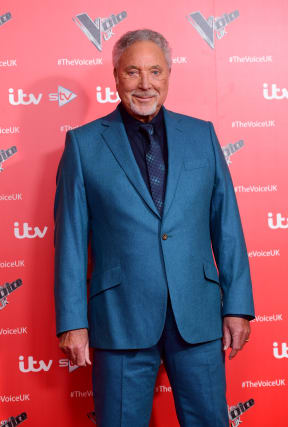 Stars have paid tribute to Sir Tom Jones as the singer celebrates his 80th birthday.

A large artwork of the singer has also been unveiled in the grounds of Cardiff Castle which shows the Welsh musician’s face depicted on the lawn.

The artist who created the image shared footage of it on social media with a nod to Sir Tom’s hit Green Green Grass Of Home.

Nathan Wyburn said: “I’ve created this portrait of the Welsh legend, using nothing but soil, on his green, green grass of home.”

Olly Murs, who stars alongside Sir Tom on ITV’s The Voice, shared a birthday message with him on social media.

He said: “Tom Jones, it is me, Olly. Just wanted to wish you a happy 80th birthday.”

Speaking to BBC Radio 2 about his landmark birthday, Sir Tom said “the memories are tremendous and I don’t want to stop”.

He added: “To reach 80 and to have such wonderful memories and to be still doing it and still making a point, or trying to – thank you to everybody that has been with me, the audience.

“You can’t express yourself properly unless there’s people there to listen to you.

“God has been good to me and my voice is still there. So as long as it’s there I want to get up.

“Singing live to people is the thing.”