Kelvin Fletcher enjoying spending time with his family after Strictly 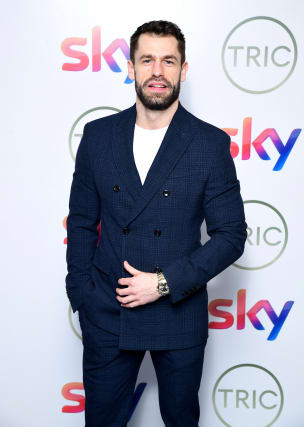 Kelvin Fletcher has said that he is enjoying spending more time with his family during the lockdown after the “disruption” that Strictly Come Dancing brought to his home life.

The actor told Hello! magazine that he is taking the opportunity to relax with his wife Liz Marsland and their two children.

“After an intense four or five months of regular family life being disrupted, to be at the other end of the spectrum, where I’m constantly at home, in a weird way, it couldn’t have come at a better time for me and Liz, and for the kids,” he said.

Fletcher, 36, added: “We look back on the whole Strictly experience fondly, one we experienced as a family together.

“We’ve been together for many years and we’re so happy with each other, in our little bubble.”

Fletcher, who won the BBC ballroom dancing competition last year alongside professional partner Oti Mabuse, also told the magazine that he had been planning to take part in auditions until the “world hit pause” and the proposals were put on hold.

Fletcher added: “I had two or three weeks when I was auditioning and having productive meetings, then Covid hit.

“It has been a little frustrating as things were stopped in their tracks, but I’m treating it as an opportunity to reset and have a longer post-Strictly holiday than expected.”