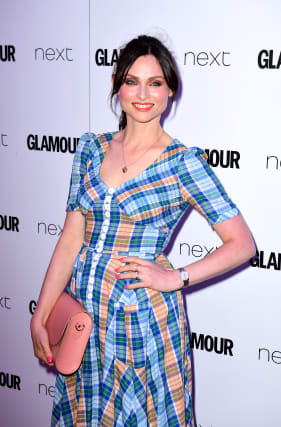 Sophie Ellis-Bextor has said she is recovering at home with “some impressive bruises” and a “newly glued forehead” after having a bike crash.

The pop star, 41, was admitted to hospital on Tuesday after falling from her bike during an evening cycle along the Thames with her husband.

Sharing an update with her 242,000 fans on Instagram, she said: “Hello all. Just to let you know I’m doing ok. I’ve been so well looked after at home and am currently laid up on a sofa surrounded by my 3 smallest boys.

“I’ve got some impressive bruises and a swollen and newly glued forehead which I’m completely fascinated by.

“If I hurt myself, I’m always satisfied by a spectacular healing process and my puffy face has not disappointed.”

Sharing a photo of a bunch of flowers, she added: “I want to thank you for the lovely messages. Quite overwhelming really, and almost worth falling off my bike for.

“As it happens I’ve been feeling so incredibly lucky to have not broken anything and to be fortunate enough to have so much support.”

Ellis-Bextor has enjoyed renewed popularity during the lockdown by hosting her Kitchen Disco series, in which she performs hits from her home, often dressed in sparkly outfits.

Referring to those sessions, she added: “Hope you’re doing ok on what would have usually been our date night for the last couple of months.

“Have a boogie for me. I’ll be dancing with you again in no time.”

She and husband Richard Jones, bass player with the band The Feeling, welcomed their fifth child in January 2019.