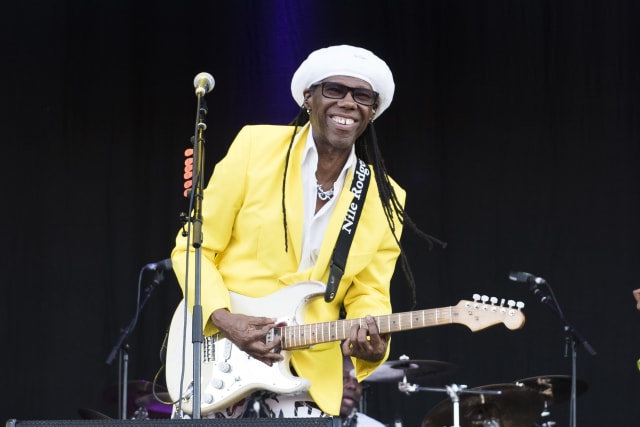 Chic frontman Nile Rodgers has said he is “bewildered and perplexed” that some people don’t understand the pain felt by members of the Black Lives Matter movement.

The singer and guitarist, a former member of the Black Panther group, said he felt optimistic about the situation in the US after seeing the recent actions of young people.

Protests have swept the US and parts of the world following the death of African American man George Floyd.

Mr Floyd died after a white police officer held him down by pressing a knee into his neck in Minneapolis on May 25.

Rodgers, 67, spoke during an online festival hosted by London’s Brit School on Instagram, with label, management and publishing company The Other Songs.

He said: “I am a very optimistic person and I would really like to believe in my heart that this is the beginning of change, because young people are really the people who have the power to affect change.

“If they stay on the path, we could be in an amazing time right now.”

Rodgers added: “What has changed for me now that I am older is that I feel a huge amount that young people today have a sense of optimism, that they really have the power to change the world and change society.

“I really try and look at all issues from all sides.

“You know me, as a musician I always talk about DHM – and what I mean by that is the deep hidden meaning of a song.

“I am bewildered and perplexed that people don’t understand the pain that we feel, that when a person says ‘Black Lives Matter’ they are not saying to the exclusion of other people’s live matter. How do you not understand?

“But I can also listen to people and see why they tell me they don’t understand.”

Rodgers said that, growing up in a multi-racial community in New York’s Greenwich Village during the 50s and 60s, he had thought there would be equality by now.

He said: “It’s amazing to me that I could have come from that life, believing that by the year 2000 things we were believing we had a real affect upon, that it’s sort of still the same, that we haven’t really gone that far forward.

“So now I am incredibly optimistic because that’s my nature.

“But now it seems like what is going on is happening all over the world simultaneously and that is amazing to me.”

Other artists performing and speaking during the event include Leona Lewis, Andrew Lloyd Webber, Imogen Heap and Brit School students.