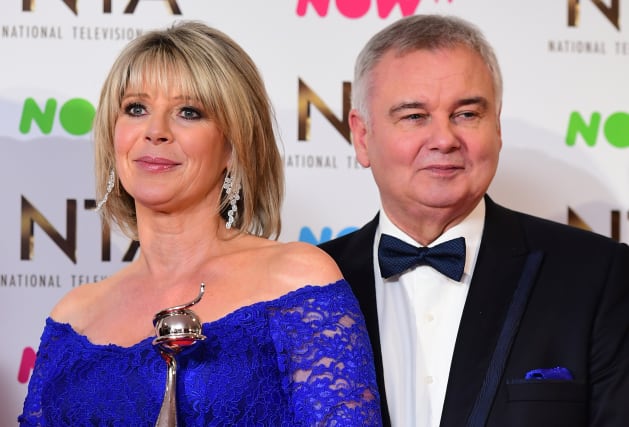 Eamonn Holmes has responded to criticism over his appearance on Celebrity Gogglebox.

The This Morning presenter, 60, appeared on the popular show alongside wife Ruth Langsford, also 60, on Friday – with the pair watching scenes from the BBC's Ambulance programme.

The episode saw a boy save his father's life by calling 999 and resuscitating him, following a suspected heart attack.

Following this, the pair discussed Langsford's labour with their son, with Holmes saying: "All I can say is, when your contractions started when you had Jack, I don't like singing my own praises, but thank goodness I was the ambulance that day. I got you there in the nick of time."

Ruth replied saying she had had to direct him to the hospital, but Holmes replied: "Did I get you there? Did you have the child in the hospital under medical supervision?

"All's well that ends well, thanks to me."

After the show aired, Holmes replied to messages on Twitter criticising him for his response to the scene.

He said on Twitter: "In reply to a number of complaints ....

"I am hurt beyond belief that @C4Gogglebox chose not to use me talking about my Father dying from a Heart Attack at the side of a road and replace it with a funny story following a young lad giving his Father CPR. Idiotic and cruel edit."

In a second tweet, he added: "So following a tragedy that has forever haunted my family, I am in no mood for criticising holier than thou mouthpieces on here who haven't gone through what we did.

"I had nothing but praise and emotion for the Ambulance control room TV programme. An atrocious edit @StudioLambert."