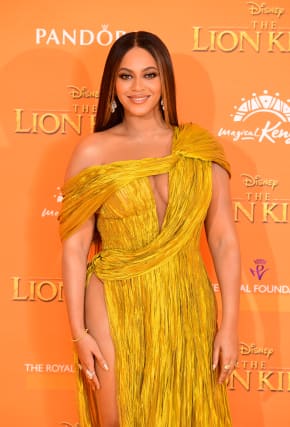 Beyonce and Kim Kardashian West were among the stars honouring a black woman shot dead by police.

Breonna Taylor was killed at her home in Louisville, Kentucky, in March, and her case has attracted renewed publicity following the death of George Floyd.

She would have celebrated her 27th birthday on Friday.

According to the New York Times, Louisville police said they only fired inside Ms Taylor’s home after her boyfriend shot at them.

Demonstrators have taken to the streets demanding officers are charged with her death.

On what would have been Ms Taylor’s birthday, celebrities were among those paying tribute and demanding action.

Pop titan Beyonce shared an animated drawing of Ms Taylor, along with the words “happy birthday beautiful Breonna”. In the caption, Beyonce wrote “Justice for Breonna” and directed fans to a petition demanding action over her death.

Singer John Legend penned an op-ed for Entertainment Weekly, paying tribute to Ms Taylor, describing her as “an essential worker, an emergency medical technician, the kind of first responder we depend on to save lives during this ongoing pandemic”.

He called on Kentucky’s governor and attorney general, as well as the Louisville mayor, to arrest the three officers involved in the incident and charge them with second-degree murder.

Legend added: “Until elected officials create consequences for egregious and fatal police misconduct, they will continue to kill us with impunity.”

Grammy-winning rapper Cardi B shared a picture of Ms Taylor and said: “She looks so pretty and fine in this pic.”

Cardi B described the story as “so sad and unfair,” accusing police of trying to sweep it under the rug. She added: “The fight ain’t over till you get justice.”