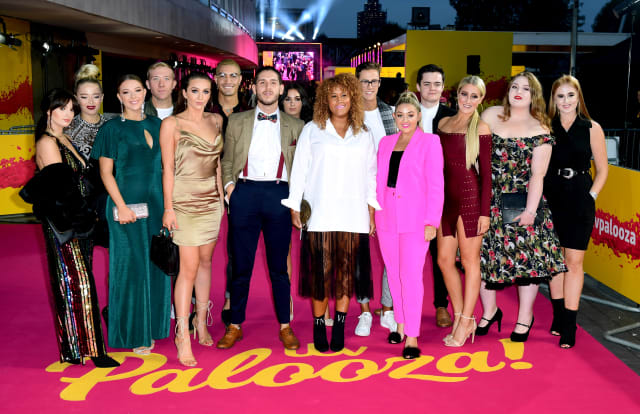 Former X Factor act the LMA Choir has staged a remote performance to “call for a change and create hope” in the wake of George Floyd’s death.

The 13-strong Liverpool group, who became the first choir to make it through to the live shows of the ITV series in 2018, recorded a version of Sam Cooke’s Civil Rights-era anthem A Change Is Gonna Come.

Dressed in black, the group perform from their own homes, with Stephanie Wallace-Carr, head of the choir, leading the performance in support of the Black Lives Matter movement.

Robbie Williams championed the choir during their time on X Factor, when he and his wife Ayda Field were judges.

He became a co-owner of the LMA, the music, media and performing arts college where they formed, in 2019, alongside founders Richard and Simon Wallace.

Wallace-Carr said: “Throughout the lockdown period we’ve recorded various songs, each one carrying their own meaning, whether that’s to do with thanking the NHS or spreading hope.

“But this latest track is particularly important to us – like many people right across the world, we’ve been outraged, disgusted and utterly saddened by what happened to George Floyd and our thoughts and prayers go out to his family.

“We wanted to use our voice to call for a change and create hope that it will and can happen.”

Choir member Jess Mahoney, from Moreton in the Wirral, said: “While I cannot even begin to comprehend how others are feeling right now, I know that just not being racist is not enough any more and it’s time for others, including myself, to become actively anti-racist.”

Mr Floyd died in the US last week after a white Minneapolis police officer knelt on his neck for several minutes.

His death prompted public figures and organisations from the worlds of arts and entertainment to take part in a “blackout” on Tuesday.