Ollie Ollerton: I struggle with being nasty on Celebrity SAS 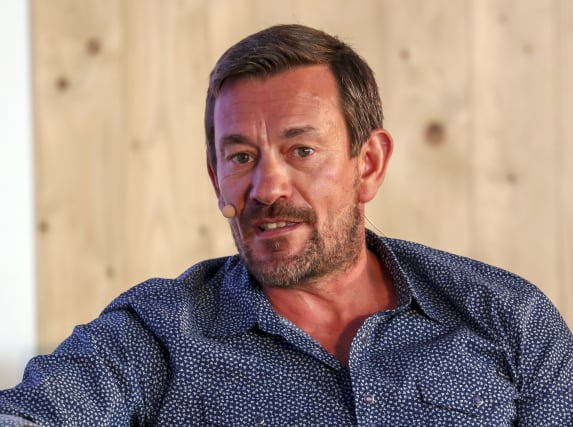 Former special forces soldier Ollie Ollerton has admitted that he struggles to keep up his “nasty” persona on Celebrity SAS: Who Dares Wins.

Ollerton serves as an instructor on the gruelling military training show, in which famous faces, such as Katie Price and John Fashanu, face days of mental and physical tests.

He said both he and fellow instructor Jason Fox found maintaining their tough attitudes hard, and often wanted to befriend the contestants.

He told the Bestsellers podcast: “I know definitely for me and Foxy, we do struggle with being nasty.

“I come away from filming, and now we’re doing the celebrity one as well, it’s a whole month away and I actually walk away there thinking: ‘What’s wrong with me?’

“And I just realise that for a month I’ve been frowning and pulling funny faces and being angry and it’s just not me.

“I’m not happy being that person all the time.

“Being in that mindset is hard for me.

“As soon as people start proving they want to be there, their ego’s gone, I see their real character, I want to friend them and say ‘You’re doing well’ but we can’t.”

Ollerton, whose new book is called Battle Ready, explained that the point of the SAS selection course was to remove any validation.

“One of the things with SAS selection and SAS Who Dares Wins is validation,” he told podcast hosts Phil Williams and Natalie Jamieson.

“From an early age, when it was coming home bringing the first picture home that went on the fridge and everyone said how brilliant you were, we strive for validation.

“When that’s taken away, that’s when your mind starts to go crazy.

“That’s the seed of self-doubt.

“And really, that’s what SAS selection is all about because in a war zone you’re not going to have someone saying ‘That was a really good attack, I love the way you shot’.

“There’s no one there doing that. You don’t get to call the shots.”

Ollerton said SAS selection training was about “self-motivation, courage, not requiring that validation of your performance”.

During the interview, Ollerton also addressed how he “hit rock bottom” after leaving the military.

He recalled how he turned to to drugs and alcohol and found himself working in a laundry.

Ollerton added: “But I’m not in the rear-view mirror.

“The special forces were not the be-all and end-all of my life.

“It prepared me for the war that was ahead and that was with myself.

“Knowing I’d completed special forces selection that gave me the confidence to know I could get back to happiness.

Bestsellers is available on all podcast platforms now.