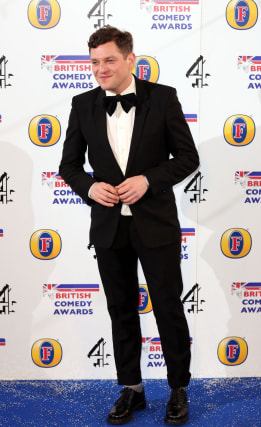 Mathew Horne has said a broadcaster said it would only air his show Agatha Raisin if the central character was changed to a man.

The Gavin And Stacey star appears opposite Ashley Jensen in the Sky comedy, in which the Extras star plays a woman who retired early to a picturesque village and soon finds a second career as an amateur detective.

Horne told the PA agency it was “incredibly important” that the show has a woman in her 40s leading the series and added: “I’m really really proud that that’s the way the show went, because there was a broadcaster, which I shan’t name, that said they would take it if they changed Agatha to a man.

“The producer took the script off and went somewhere else. Crazy.

“And I’m very pleased that the producer stood their ground and took it elsewhere.

“It’s very important to have that representation of such a strong and powerful woman in middle age, solving crime but also with the knockabout humour as well.

“I think tonally it strikes a balance which I don’t think is inherent in a lot of comedy dramas now, I think we’ve pitched it just right and all the weight of the show is on Ashley’s shoulders, the tone of the show, and the energy of the show and the warmth of the show.

“I think if it was a man playing that role, it would be a very different show, and a show which is not as good.”

Horne recently reprised his role as Gavin Shipman in the Gavin And Stacey Christmas special said he would jump at the chance to make another instalment.

“But I think it’s definitely unlikely for the foreseeable considering the circumstances which we’ll face, but it will be nice to revisit again.”

Asked if a Gavin And Stacey film could work, he said: “I’m not sure that it would you know, I’m sure if James and Ruth wanted to do one that they could, but I don’t know that it’s really a movie-type show to be honest.

“With the special at Christmas, it was an hour, that’s pushing movie length anyway and if we do end up doing a part two then you can just run them both together as a movie and release that in cinemas!

“But who knows what’s going to happen with anything, but James (Corden) is stuck in the states doing his show from his garage and Ruth (Jones) is writing her books and stuff like that, I don’t know what they’ve got planned.

“I think TV is the best because it’s a family show for people sat in their living rooms.”