Ellie Goulding says she was ‘painfully shy’ as a child 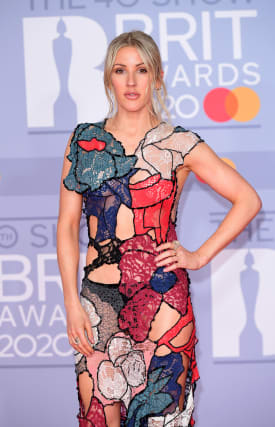 Ellie Goulding has said that she was “painfully shy” as a child and had to overcome her fear of being “embarrassed” about performing on stage.

The singer, 33, told the BBC’s Later… With Jools Holland that while she always wanted the main part in school plays she had to deal with the “paradox” of also being reserved.

“I remember just being so shy and always being embarrassed, all the time, about everything.”

She added that the first time she performed at an open mic night she was a “nervous wreck” on stage.

Goulding also said that she had been trying to teach herself how to play the piano during the lockdown, but was doing “quite badly”.

She added: “I’ve been getting people, pianists, to send me videos so I can watch their fingers.

“It’s just a different thing to me, I’ve played guitar all my life so it’s very different, so that’s taking up some time.”

Goulding said that she had also been doing a “bit of writing” and was “picking up the guitar and seeing what happened”.

She added that she is “trying not to put a crazy amount of pressure” on herself because her new album, Brightest Blue, is finished.