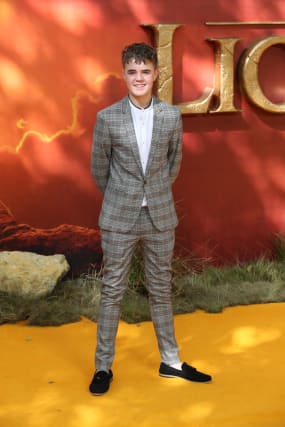 A crowd member’s impromptu performance on stage with the rapper Dave is being added to iPlayer by the BBC.

Alex Mann became an internet sensation after he was called onto the stage by the musician to rap the lyrics to his and AJ Tracy’s hit Thiago Silva.

The boy, who was 15 at the time of the 2019 performance, delighted the audience of thousands with his performance and even earned a response from the Brazilian footballer the song is named after.

He was dubbed Alex from Glasto after his rap went viral.

Dave’s full performance is being made available on the BBC’s streaming service.

Also being added are FKA Twigs’ 2015 appearance at the music festival, as well as Jamie XX’s 2015 set.

Other performances that will be made available are Grimes in 2016, Little Simz in 2019 and Michael Kiwanuka in 2019.

The BBC is replacing coverage of Glastonbury, which has been cancelled because of coronavirus, with archived performances.

The programming, titled The Glastonbury Experience, will run from June 25-29 across television, radio and iPlayer.

Staycation boom to boost Plymouth while London will suffer – research