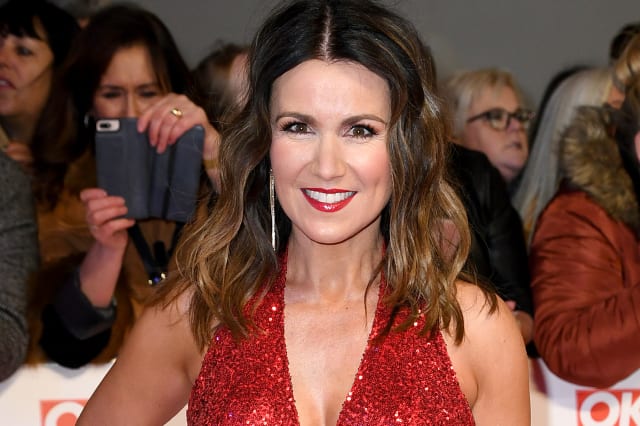 Susanna Reid has apologised on air for the "fruity language" used by a guest on Good Morning Britain.

The TV presenter was referring to an interview conducted with celebrity hairstylist Adee Phelan, who during an impassioned speech used swear words including "bullshit" and "shit".

Reid told ITV viewers that she and co-host Piers Morgan had been interviewing Phelan, who she said is "doing his absolute best to give a boost to those on the NHS front line and during that conversation, he was so passionate that he did use some swear words a number of times which may have caused offence".

"So I just wanted to take this moment to say I'm sorry if that caused offence to people, it was quite fruity language. It was obviously reflective of how strongly he feels about the situation, but there we go".

Phelan has been making gift boxes filled with hair and beauty products for NHS workers on the front line.

Following the interview, Morgan said earlier in the programme: "Normally we would issue a grovelling apology for slightly unfortunate language. I actually understand your anger, I understand your passion, and I am prepared to take a hit from Ofcom."

He added that he was "not going to apologise for it".

In a passionate speech, Phelan said that Westminster needed to "get their shit in order" before adding: "Sorry to swear."

He continued: "We live in an amazing country, with amazing people, doing amazing things. We need to keep doing it and shows like this need to keep showing stories like this, not reality stars complaining about they're bored. Bullshit".

Morgan was cleared at the end of April by the media watchdog following "combative" interviews with Government ministers amid the coronavirus outbreak.

He had attracted more than 3,000 complaints from two interviews with care minister Helen Whately during April.

An Ofcom spokesman said: "Piers Morgan is well-known for his combative interviewing style and viewers would expect him to challenge senior politicians and hold them to account. His guests were given adequate opportunity to put their points across and counter the presenter's criticisms.

"In Ofcom's view, in line with freedom of expression, it is clearly in the public interest that broadcasters are able to hold those making political decisions to account, particularly during a major national crisis, such as the coronavirus pandemic."