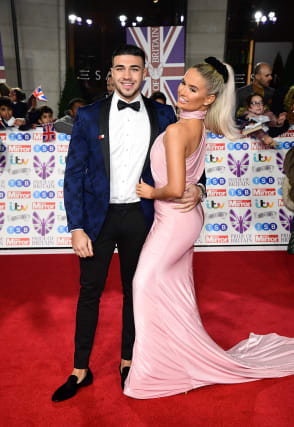 Love Island star Molly-Mae Hague broke down in tears as she paid tribute to her pomeranian puppy and hit back at trolls who said she bought the animal for “Instagram likes”.

The 21-year-old was given the dog by boyfriend Tommy Fury last week and shocked fans when announcing it had died on Wednesday.

Hague said a vet told her the pet – named Mr Chai – suffered a seizure and died, as she dismissed claims the dog’s death was caused by it travelling from Russia.

In a tearful video shared on YouTube on Wednesday evening, she said: “People that are saying we bought him for Instagram likes, please stop saying that.

“Our lives are on social media, my full-time job is to show you guys what I’m doing. If I didn’t have Instagram, he wouldn’t be on Instagram.

“We’re not asking for any kind of sympathy. What’s happened is awful. I’m asking you to understand that the dog travelling from Russia is not the reason he died.”

Mr Chai became hugely popular when the couple set up an Instagram account for him, quickly amassing 148,000 followers.

Hague said the dog – who was four-and-a-half months old – had all the relevant vaccinations but she and Fury noticed something was wrong and took him to the vet.

She admitted she thought it was a prank when the vet called with the news while professional boxer Fury, also 21, vomited through shock after hearing of Mr Chai’s death.

She said: “I can’t even explain how happy we were when we got him. He was absolutely everything. He was just perfect. We just had our little baby – it was like we’d had a baby.

“For the first two days he was absolutely fine. From two days in, we started to pick up on a few things so we took him to the vet. I could tell something wasn’t right.”