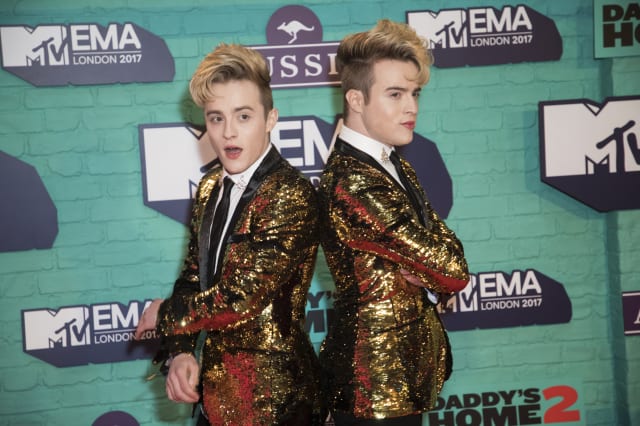 Jedward have joined the Black Lives Matter protests in Hollywood.

The twins are in Los Angeles, quarantining with their ex-Celebrity Big Brother housemate Tara Reid.

The Irish pop duo posted videos and snaps from the protests over the death of George Floyd.

One picture showed John and Edward Grimes standing together and holding up a Black Lives Matter placard.

And one half of the identical twins duo could be seen standing on the boot of a car shouting "no justice, no peace".

The twins flew out to live with Reid in March.

"Right now, to have them in my life here... they truly have made this experience so much better than it would have been for me... I got my best friends back, and we're doing the best we can," US actress Reid previously told the We Hear podcast.

Jedward could be heard in the background, saying they had cleaned Reid's windows to "earn their keep".

The pair rose to prominence in The X Factor in 2009 and later represented Ireland at the Eurovision Song Contest.