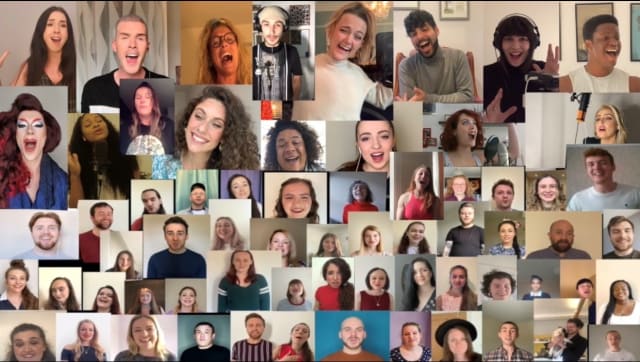 The pair are among celebrities to have performed a medley of songs, and appeared alongside West End stars including Rodney Vubya from The Book Of Mormon and Amy Di Bartolomeo from We Will Rock You.

The performance, which is available on YouTube, is raising money for The Care Workers’ Charity.

The medley is titled The AcaArmy Lockdown Megamix and features performances from singers that were recorded in isolation.

Karolina Gerlich, executive director of The Care Workers’ Charity, said: “We’re so pleased people are coming together to sing for our care workers, it will make us smile, entertain us, and raise those all important valuable funds.

“Our target of raising £2 million will enable us to continue to issue grants to care workers facing hardship due to self-isolating, shielding or with the virus themselves.”

The medley features songs including Britney Spears’s Toxic and Gloria Gaynor’s I Will Survive.

Donations can be made at justgiving.com/fundraising/acaarmymegamix.