Ally Sheedy: The Breakfast Club would be completely different if made today 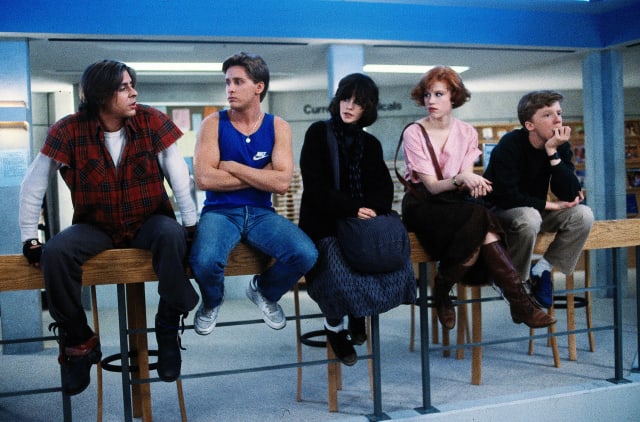 Ally Sheedy has said The Breakfast Club would be a “completely different movie” if it was made today and the 1985 film was controlled by “the straight white male perspective”.

The actress, who shot to fame in the 1980s in movies such as St Elmo’s Fire, WarGames and The Breakfast Club, said the film about five high school students in detention would have to be told from a different perspective in 2020.

Discussing the way the female characters played by Sheedy and Molly Ringwald were portrayed in the film, which was written and directed by John Hughes, she added: “Hollywood in that time, and still to a great extent, was very much controlled by the white straight male perspective and that movie absolutely was, so that is where that voice was coming from.

“It would have to be a completely different movie, told from a different perspective.”

Addressing the ways the industry has changed since the film was made, she said: “I think things take longer than we want them to and I think as we all move along and the culture moves along and politics moves along, things have to change.

“I think that movies should reflect what is happening in the culture and right now we are at a turning point, especially in this country (the US).

“That movie was a little narrow, on the superficial side and for the time that it was, it doesn’t have a lot of relevance to me, to what is actually happening here in this country and in the world in general.

“It’s a snapshot in a time when there was only really one story and one perspective being told and it’s just not like that any more and that’s a good thing.”

However, Sheedy, who is marking the 35th anniversary of The Breakfast Club by hosting a watch party with Now TV on June 7, said she still has happy memories of making the film.

“I loved making movies and being on the set, there were people I didn’t love, but the actors I really did, so I just felt that I had this group that I actually belonged to, in a special way. It wasn’t always an easy time but there was a lot of joy in that time.”

The Breakfast Club can be streamed on Now TV with a Sky Cinema pass.