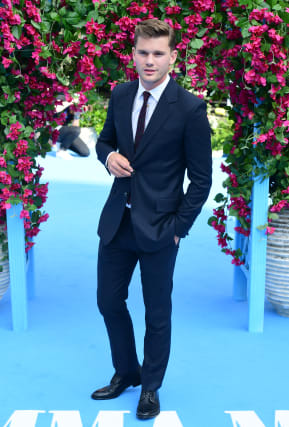 Actor Jeremy Irvine has revealed how his bad dancing landed him a role in war drama The Last Full Measure.

Irvine landed the role shortly before starting filming for Mamma Mia! Here We Go Again and only had the time to jet to Thailand because producers on the Abba-inspired movie were unimpressed by his dance moves.

He told the PA news agency: “Mamma Mia took one look at my dancing and said I wasn’t needed for rehearsals anymore, so I was allowed to have three weeks off. So yeah, thanks to my bad dancing I got the job.”

Irvine added: “This is a true story – I got the scripts (for Mamma Mia), had been looking at it, came in for a dance sort of audition thing, and the next week a new draft of the scripts came out and my character had all his dancing cut, and no dancing left in the film at all.

“It was good because I got to go and do The Last Full Measure, so silver linings.”

Irvine admitted to feeling the pressure of playing such a distinguished real-life figure.

He said: “I think with anything where you’re playing a veteran or somebody, there’s a responsibility to not make light of what they did and do it justice.

“But in a way as an actor, it’s great because you have a plethora of information to go and look at, you’re not starting from scratch, you’re not trying to come up with someone out of thin air, you’ve got someone to look into and hear first-hand accounts of what they were like.

“I find it makes the job a lot easier and I’ve always enjoyed the ones where I get to play real people.”

The Last Full Measure is out now.