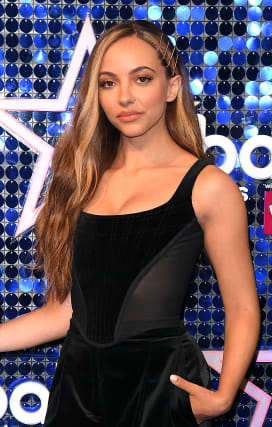 Jade Thirlwall has said she refused to talk about her mixed-race heritage after joining Little Mix because she “subconsciously” feared “not being as popular”.

Thirlwall, from South Shields in Tyne and Wear, said she had felt “ashamed” of her background but now realised she had been uneducated about race issues.

Appearing on the No Country For Young Women podcast, she said: “I think because I was bullied quite badly in school because of the colour of my skin and for being Arab I wasn’t very proud of who I was.

“I think when I then entered the group I subconsciously didn’t want to talk about my heritage or what my background was in fear of not being as popular, which sounds awful to say but I was only 18 years old and through years of being ashamed of who I was I found it quite hard to talk about it.

“I think it was through a lack of education as well. Even now I am constantly learning what the right things are to say and I would hate to talk about my race and my heritage and not say the right things.”

Thirlwall also detailed the abuse she suffered from other pupils at school.

“I think it is a lack of education,” she said.

“Where I am from, if you weren’t evidently black you were literally put in a bracket of being called the p-word.

“When I was at school if I was ever bullied for the colour of my skin I’d get so confused as I’d be like, well I’m not from Pakistan.

“I remember one time I got pinned down in the toilets and they put a bindi spot on my forehead, it was horrific.”

Thirlwall later attended a Catholic secondary school with a majority of white students, where she struggled to fit in.

She said: “When I went to secondary school I was literally one of three people of colour in the school. It was a very predominately white Catholic school.

“I went through a lot in the first two years of secondary school. It was known as a really good school and my mam wanted me to have a really good education.

“In hindsight I probably would have just rather gone to school were I would fit in more.”

She added: “I have constantly had this inner battle of not really having who I am or where I fit in or what community I fit into.

“Some of the things I think about that I can laugh about now are just so crazy. I used to be in an amateur operatic society, they would literally put white powder on my face to whiten me on stage.

“We never really understood what was going on at the time.”

Little Mix – Jesy Nelson, Leigh-Anne Pinnock, Perrie Edwards and Thirlwall – were among the numerous artists forced to cancel summer tour dates due to the coronavirus pandemic.

No Country For Young Women is available now on BBC Sounds.

These influencers on TikTok spread a message of body acceptance