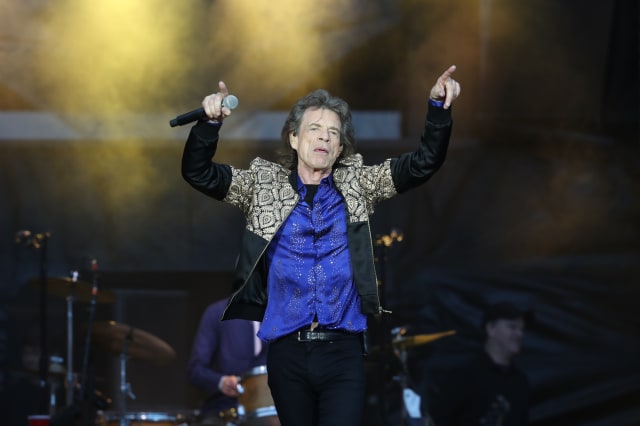 Sir Mick, 76, shared a black and white picture of himself and Wood, who is turning 73, on Instagram.

Wood’s wife, Sally Humphreys, 42, shared a video of the guitarist on her Instagram account, in which he says: “Hi everybody. Stay positive today, try and get some fresh air. Bye.”

The musician married theatre director Humphreys in 2012 and in May 2016 they welcomed their twins, Gracie Jane and Alice Rose.

A few days before celebrating his own birthday, Wood shared a picture of his daughters on Instagram, to wish them a happy fourth birthday.

Wood, who has six children in total, told Hello! magazine in 2018 that he was “blessed with a natural resource of energy, just like my kids.”

In 2017 he revealed that he underwent an emergency operation after being diagnosed with lung cancer.

He told The Mail On Sunday’s Event magazine that he wondered whether it was “time to say goodbye”.

He revealed how his doctor made the discovery after undergoing health tests before an upcoming Rolling Stones tour.

The Rolling Stones recently took part in the One World: Together At Home fundraising concert, which was curated by Lady Gaga and staged in conjunction with Global Citizen and the World Health Organisation (WHO).

Sir Mick, Wood, Keith Richards and Charlie Watts appeared from their respective homes to perform You Can’t Always Get What You Want.