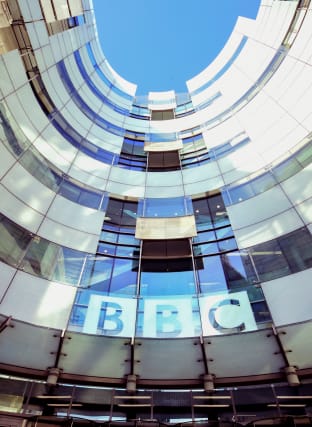 Viewers will not want to see the reality of the pandemic reflected in contemporary TV dramas, a BBC boss has said.

Piers Wenger, controller of BBC drama commissioning, admitted that it will be tricky to “make satisfying peak-time drama” while actors have to keep their distance from each other.

But he also shunned the prospect of featuring the paraphernalia of the pandemic on-screen, saying it could look strange when the dramas air.

He told Radio Times magazine: “We don’t know how long wearing masks and social distancing are going to be part of our contemporary reality.

“So if we rush into making them part of contemporary drama, it may look dated or odd when it airs in a year’s time.

“But I think the question is also important because of why people watch drama.

“They don’t necessarily want the cold hard reality of the world reflected back to them. That’s for news, documentary, and current affairs. On the whole, we’re watching drama for bigger moral and emotional stories.”

Wenger said he was not a fan of the idea of casting real-life couples to film close-up and intimate scenes.

“There are obvious cases that spring to mind of great actors who live together,” he told the magazine. “But, in the time it takes to create shows around those couples, we might be beyond social distancing.”

And he said: “I think, until there’s a way of getting lots of actors together and up close in a space, it’s going to be hard to make satisfying peak-time drama.”

The BBC has finished filming Talking Heads, which means there is currently no new BBC fiction being shot.

EastEnders is due to resume filming by the end of the month and the BBC is “exploring actively what we might be able to film in the summer and the autumn”.

Wenger said EastEnders “won’t be a Covid-free” zone” but added: “We may not dwell on the virus and make it the heart of the story.

“I think people watch a show like EastEnders for the characters and their relationships. So, Covid-19 will be there, but it won’t be the only thing happening in Albert Square.”

Polly Hill, head of drama at ITV, also told the magazine: “We don’t want to start filming characters in PPE on a show that won’t go out for two years.”

And she added: “The biggest issue for us in drama is social distancing on-screen. There aren’t many stories you can tell with everyone two metres apart. That’s the thing we haven’t cracked yet.”

She dismissed the idea of airing a drama based on the Dominic Cummings row, saying: “I think it’s a bit soon. The best stories about this period will be told when we have a bit of distance.”