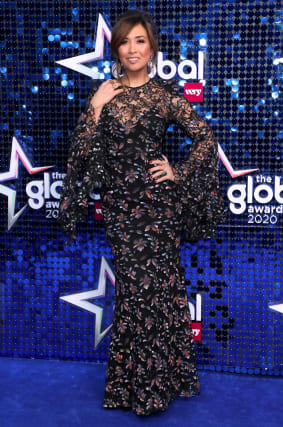 Myleene Klass has revealed that she would like to have another baby and hopes to tie the knot to boyfriend Simon Motson.

The musician, 42, welcomed her third child, her first with Motson, ten months ago and said her other children are already keen for another sibling.

Klass is mother to daughters Ava, 12, and Hero, nine, from her previous marriage to Graham Quinn, as well as baby son Apollo.

She told Hello! magazine: “We have talked about it many times. We just don’t know when to stop.

“I would not say no to another baby. I don’t want to tempt fate. Who knows what life has got planned for you? We didn’t know we would even get him. The kids would love it if we had another baby. Simon is raring to go.”

She added that the whole family dotes on the new arrival, saying: “I am absolutely obsessed with this child – we all are.

“He is an absolute gift to all of us. We call him the emperor at home because every single wish and whim is catered for. He raises an eyebrow and we are all like, ‘What do you want? What can I get for you?’

“It’s unbelievable. We are all as bad as each other.”

Klass said the couple, who have been together for five years, are also considering getting married, saying: “My girls are definitely on Sim’s case about it. I suppose it’s just children’s way of solidifying what’s around them.
The kids just want a party.

“Sim doesn’t get a say in it either. It’s genuinely down to the children. They’ve got their own conflab going on between them and have planned it all out.

“They have even decided the baby will be the ring bearer! There are no weddings this year. But 2021? They would love that!”