Ashley Graham on her pregnancy: It was like an alien taking over my body 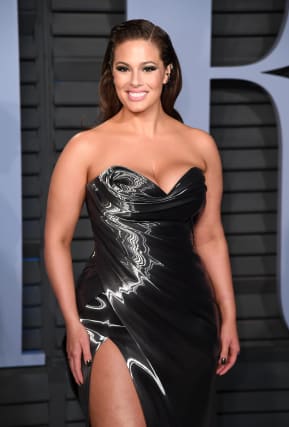 Ashley Graham has said she struggled mentally with pregnancy because it felt like there was “an alien” taking over her body.

The US model, 32, said she knew she was going to be a great mother as soon as she discovered she was pregnant.

She told Harper’s Bazaar UK: “I was so excited. I knew immediately I was going to be a great mom.”

Graham admitted to struggling with how her body changed during pregnancy.

She said: “That was the wildest part. I thought, ‘What about the things I’ve told myself? What about the affirmations I’ve gone through?’

“None of these mattered because my body was changing so rapidly. It really took me some time to figure it out mentally, because it was like there was an alien taking over my body.”

Addressing coronavirus protocols in which women would have to give birth alone, she said: “If I hadn’t had my midwives or even Justin in the room, the whole experience would have been a very different one for me.”

Graham is self-isolating with her mother and husband in her native Nebraska, and appears on the cover of Harper’s Bazaar UK photographed by Ervin.

Recalling their decision to leave New York, she said: “She (Graham’s mother) talked us into it.

“I thought we’d only be away a couple of weeks.

“Justin had just made a lamb roast, and he said, ‘We’re not throwing this away’, so we put it in the back of the car and that was what we ate on the trip.

“The silver lining is having all of these incredible, special moments with Isaac, and the nostalgia of being with my son in the home I grew up in. I’ve had time to focus, and I’m so grateful.”