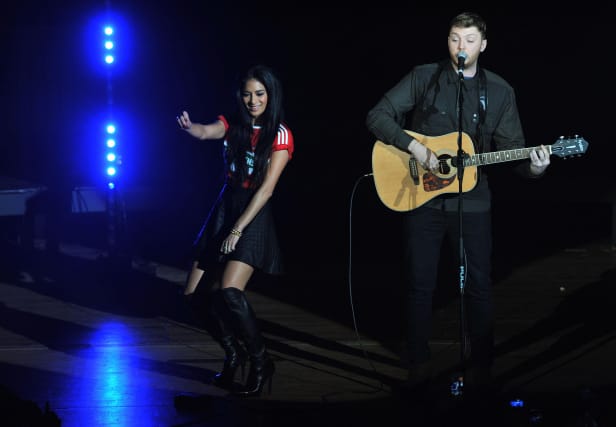 James Arthur and Nicole Scherzinger have teamed up to perform a virtual duet.

The singers recorded Scherzinger’s song Wet in a video that was uploaded to social media.

The former Pussycat Dolls star mentored Arthur when he won X Factor in 2012.

She said on Instagram: “Had so much fun getting creative with my boy James Arthur on this stripped back version of my song Wet.”

Arthur was wearing a Pussycat Dolls t-shirt during the performance.

The performance is part of Arthur’s Safe Inside series of acoustic performances, which are raising money for mental health charity Sane and NHS Charities Together.

He wrote on Instagram that it was “such a pleasure” to perform with his “supremely talented” friend Scherzinger.

He added: “Much love, hope you all enjoy.”