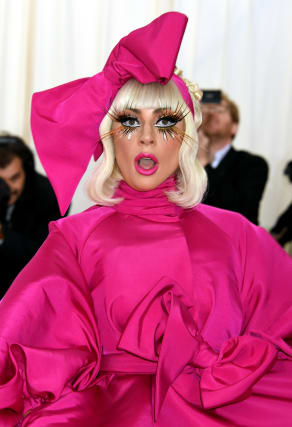 Lady Gaga fans have praised her “masterpiece” new album after it was released on Friday.

Chromatica, which had its original release date pushed because of coronavirus, is Gaga’s sixth album and her first since 2016.

The album was praised by many of Gaga’s fans after it was put out, with one labelling it a “pop masterpiece” on Twitter.

Another social media user said: “It feels like Gaga has really committed to a vision with Chromatica and it has a very clear thread through it, both lyrically and with the genre and musical styles.”

The album “has to win a Grammy”, another fan said on Twitter.

Another wrote: “Chromatica truly brought joy to me. It’s been a long time since a pop album made me feel this way.”

The record is “very different” to other recent pop releases, according to another fan, who labelled it “overall a really nice album”.

Sir Elton John and Ariana Grande both feature on the album.

Posting on Twitter, Gaga urged fans to listen to the album “from the beginning to the end, no need to shuffle”, adding that it tells her “true story”.