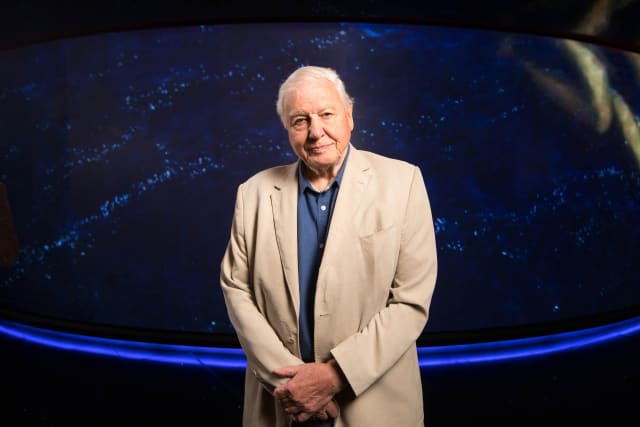 Sir David Attenborough has warned of “imminent” danger to the natural world as he prepares to set out his “vision” for the future in a new book.

The 94-year-old said “things could get much, much worse if we do not act now”.

His book will present a “different future”, describing “some of the ways in which we can begin to turn things around if only we all have the will to do”.

A Life On Our Planet: My Witness Statement And Vision For The Future will be published in the autumn.

The broadcaster and naturalist said: “This book records some of the dreadful damage mankind has already wrought upon the natural world and the real and imminent danger that things could get much, much worse if we do not act now.

“But it is also a hopeful book – it offers a different future.

“It describes some of the ways in which we can begin to turn things around if only we all have the will to do so.

“Surely together we must now find that determination, and begin to make that change, for the sake of all the inhabitants of our planet.”

Publishers said the book will be “intimate, urgent and impassioned”.

It will “present his view on the future that lies ahead if we continue as we are, and a plan for how to avoid that future”.

Sir David said: “The Earth’s life-support machine, the thing we humans rely upon for everything we need, runs on its biodiversity.

“Yet the way we live on Earth now is sending it into a decline. I have been a witness to this decline.

“This book contains my witness statement, and my vision for the future – the story of how we came to make this, our greatest mistake, and how, if we act now, we can yet put it right.”

The book will reflect on Sir David’s career exploring and documenting the natural world, and the decline of the planet’s environment and biodiversity he has observed first-hand.

It will be released by Ebury in October to coincide with the release of a Netflix documentary film of the same title, commissioned by the World Wide Fund for Nature.

Albert DePetrillo, publishing director at BBC Books, which secured UK/Commonwealth rights, said: “It’s David’s masterpiece – a book with huge heart and urgency, and a message the world needs now more than ever.”