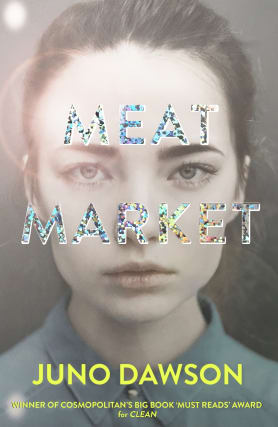 A gritty novel about the fashion industry has won the YA Book Prize.

The gong was awarded to Meat Market by Juno Dawson, which tells the story of an ordinary girl from a south London estate, Jana Novak, who is uncomfortable with her androgynous looks until she is unexpectedly scouted and finds fame on the catwalk.

However, Jana soon discovers the dark side of the industry, with unexpected predators at every turn.

The award, which recognises writing for teenagers and young adults, follows three days of livestreamed panels with all of the authors shortlisted, including Malorie Blackman, Frances Hardinge and Dean Atta.

Dawson, who spent two years conducting research for the book, talking to models, bookers, magazine editors and designers, has described the novel as her “most challenging book to date” and said she was inspired by the women who spoke out against comedian Bill Cosby.

She was announced as the winner by body positivity campaigner Megan Crabbe, who was also one of the judges, and said: “I was blown away by this book.

“Jana had a clear and unique voice throughout, the relationships were believable and heartwarming, and there was a beautifully satisfying ending.

“I’m still wondering what the characters would be doing now – thoroughly unforgettable.”

Fellow judge Eloise Williams, an author and the first Children’s Laureate Wales, described the winning novel as “gritty and compelling” with “such important things to say, which it says so well”.

She added: “The writing style is easily readable while dealing with some seriously heavy subject matter.

“I think this book will be an important one for young people on lots of different levels.”

The annual YA Book Prize was launched by The Bookseller in 2014 and is run in partnership with Hay Festival.

Caroline Carpenter,  deputy features editor of The Bookseller and chair of the YA Book Prize, said: “This year’s YA Book Prize shortlist was one of the strongest we’ve ever had and the judges had a real challenge on their hands to pick a winner.

“However, Juno Dawson’s Meat Market truly deserves this year’s top spot for the way it effortlessly transports readers into Jana’s shoes and tackles such tough, timely subjects with nuance.”