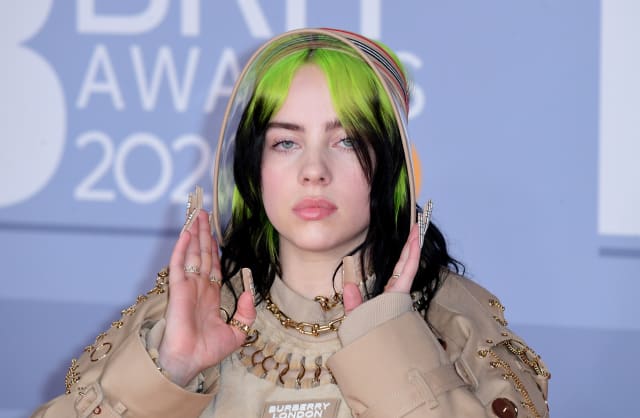 American singer Billie Eilish has posted a short film on social media addressing body shaming in which she says “Though you’ve never seen my body, you still judge it and judge me for it. Why?”.

The nearly four-minute video, titled Not My Responsibility, was reportedly shared with fans earlier this year during her Where Do We Go? world tour, and now the singer has shared it again on Instagram.

The film shows her against a black background as she slowly unzips her long-sleeved hoodie and talks to the camera.

She goes on to say: “Nothing I do goes unseen, so, while I feel your stares, your disapproval… or your sigh of relief, if I lived by them I’d never be able to move.”

She continues: “Would you like me to be smaller, weaker, softer, taller? Would you like me to be quiet? Do my shoulders provoke you? Does my chest and my stomach and my hips? The body I was born with, is it not what you want? If I wear what is comfortable, am I not a woman? If I shed the layers I’m a slut… Though you’ve never seen my body you still judge it and judge me for it. Why?”

She states that assumptions are made about people “based on their size. We decide who they are, we decide what they’re worth. If I wear more, if I wear less, who decides what that makes me, what that means?”

The film ends with her saying: “Is my value based only on your perception or is your opinion of me not my responsibility?”

In February, the Bad Guy singer topped the UK singles chart with the James Bond theme she and her brother, Finneas O’Connell, wrote, No Time To Die, becoming only the second artist to do so in nearly 60 years.

Following a successful sweep at the Grammy Awards, where she took home four of the major prizes, her Bond song meant she was also the first woman and youngest artist to score a number one with their theme.

Speaking to the US edition of Elle magazine last year, Eilish spoke about being in the public eye and the constant appraisal of her appearance and her baggy clothing.

Discussing how feminists theorise that she is desexualising herself and parents thank her for covering up because, in turn, so do their daughters, she told the magazine: “You’re missing the point! The point is not ‘Hey, let’s go slut-shame all these girls for not dressing like Billie Eilish’.

“It makes me mad. I have to wear a big shirt for you not to feel uncomfortable about my boobs!”

“I know people will say ‘I’ve lost all respect for her’. I can’t win!”

How Your Hobbies Help You Stay Healthy