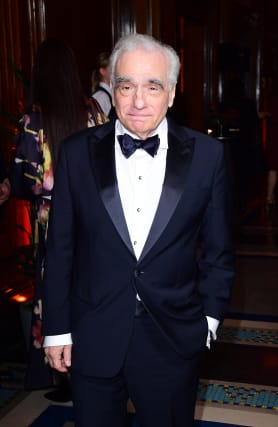 Martin Scorsese has made a short film for the BBC about being stuck in isolation.

The filmmaker explores what lockdown has meant to him in the self-shot piece.

It will air during Lockdown Culture With Mary Beard on Thursday.

The Irishman director Scorsese said: “What I look forward to in the future is carrying with me what I have been forced to learn in these circumstances.

“It is the essential. The people you love. Being able to take care of them and be with them as much as you can.”

Historian and broadcaster Beard, who hosts the programme, said that the film sees Scorsese “at home, thinking about lockdown through the lens of classic movies, like Hitchcock’s The Wrong Man”.

She added: “But what’s really clever is that this great Hollywood luminary gets us to look at Hitchcock again and afresh through the lens of our current predicament.

“I was absolutely over the moon when he agreed to do it for us.”

She added that broadcasting the clip on the programme “feels a bit like hosting a little premiere”.

Director Lee Daniels will also appear on the programme to discuss how he believes the lockdown will make Hollywood become a more creative place.

Artists Gillian Wearing and Michael Landy feature in the programme with their first collaboration in more than 20 years, according to the BBC.

The photographer Don McCullin will also appear on the show as well as Deborah Frances-White, who hosts The Guilty Feminist podcast.

Ellie Goulding: I was made to feel like a sexual object in my early career