Five must-see TV highlights for the week ahead 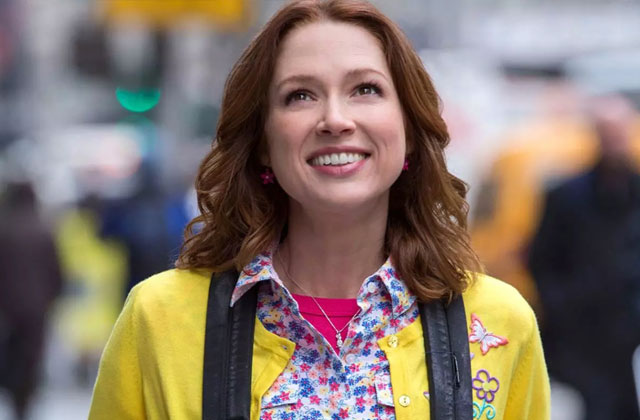 Most of the nation is on a post-royal wedding come down, so we've picked out a selection of upbeat TV to enjoy this week.

Written by the brilliant Tina Fey, this quirky sitcom is now in its fourth season. It follows the eternally enthusiastic Kimmy, played by Ellie Kemper, as she makes her way in New York City, having spent much of her life previously in an underground bunker!

TalkTalk customers can access Netflix though your TalkTalk TV Box. Find out how to do this here

Peter Kay left millions of fans dying to know what would happen next, having ended the last series with Kayleigh revealing her true feelings to John. Will John finally get out of his own way and get together with his commuting companion? Tune in on Monday night to find out.

Did you miss this? Learn how you can Catch Up on TalkTalk TV

3. Early Man (Cert U) Rent and Own on TalkTalk TV now

You can now Rent or Own the latest Aardman animation either through your TalkTalk TV box or online. This time director Nick Park brings us a historical sports comedy of all things.

Set at the dawn of time, cave man Dug, and his tribe face a grave threat to their simple existence. Lord Nooth plans to take control of their land and transform it into a giant mine. Not willing to succumb to this ruthless takeover, Dug must unite his people in an epic quest to defeat a mighty enemy – The Bronze Age.

Watson demands answers... but how will she react when Sherlock tells her the truth? Find out on the season premiere of #Elementarypic.twitter.com/BWsfEOvWCk

Back for a sixth season, this very modern Sherlock Holmes adaptation, starring Jonny Lee Miller and Lucy Liu, sees Holmes and Watson help the NYPD with their toughest cases.

If Sky Living is not currently part of your TalkTalk TV package, you can add the Entertainment or TV Select Boost, a month at a time. There's no long-term commitment and they're easy to add through your TV box.

5. One Night in Turin - available On Demand

The World Cup is still two weeks away and both domestic and European competitions having finished for the season, so what better way is there to fill that football-shaped hole in your life than with a classic footy documentary?

This critically acclaimed film depicts how the spirited play of England's 1990 World Cup team transformed perceptions across the UK, moving the sport away from its association with hooliganism to a source of national pride and sowing the seeds for a new era in the game.

This film is available On Demand via the Entertainment or TV Select Boost which can be added one month at a time. There's no long-term commitment and they're easy to add through your TV box. You can add or remove Boosts from you package here.

TalkTalk now offers its best-ever TV experience with up to 80 Freeview channels, the best On Demand players, a 7-day catch up service and the ability to pause and rewind live TV. On top of this there's the added flexibility of TV Boosts which allow you to add extra sports, movie or kids channels such as Sky Cinema, Sky Sports, Fox, MTV, GOLD, Disney Junior and many more. You can enjoy these for a month at a time, whenever you want. Find out more here, including how you can watch Netflix via your TalkTalk TV box.